“Our study is the first demonstration that cats seem to grasp the laws of physics,” said Kyoto University’s Saho Takagi. But an expert on domestic pets and author of a book about cats called the study “seriously flawed.”

[…for the rest of this article, please follow the direct link…]  washingtonpost.com/…/physics-test-suggests-cafe-cats-understand-gravity-japanese-researchers-say

[[Please Note, regular Sometimes readers— I have eliminated the original link to the entire Morning Mix column because I want to link ONLY this one article about the test about Cats.      Although other items in the column are interesting and noteworthy, some of the material is not compatible with my general view of world carryings-on….namely politics.    I do like cats, however, and believe that they should be given more cognizance, as they are clearly much further advanced that many of the rest of us. ]]

Now friends—This Washington Post article by Ben Guarino, in the paper’s Morning Mix column is fascinating.    Not that it will really surprise anyone who knows at least one cat personally, but it is some great Gee-Whiz-Science.      I wonder if it applies to ALL cats, or if it is a skill found primarily in Japanese cats.

It reminds me of Schròedingers Cat, except that his conjecture depended more on other scientists’ gullibility, and less on the Cat (if there even was one.)   Or perhaps more akin to Dr. Pavlov’s dog, who famously recognized the rattle of his food dish even when it wasn’t dinner time.

Has anyone heard whether or not Donald Trump has a cat?   Would the cat be more attractive as a candidate to run the U.S.?     Hmmm… a lot of voters have cats, that’s a given.  Remember Socks?  George W Bush’s cat?    Was it not Margaret Thatcher who had special dog-walkers on her official staff?   Did they really have little pockets of doggy treats inside their gun holsters?

2 thoughts on “UPDATED POST: who doubts that cats are smarter than a lot of politicians?” 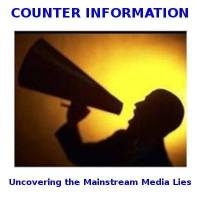 Educational hobbies and future research analysis only for 3D Printing.