So today CNN had a bit about Clint Eastwood talking-tough and badass.    Of course he would like The Donald.      Isn’t he the gun-guy of the “cold-dead-hands” comment?

They had a Clint Eastwood Marathon on   last month.   Not bad…some of them filmed in Arizona, and I do love movies with the desert and mountains in them, plenty of cactus.    And back in the day…wayyy back….Clint Eastwood was one good-looker, especially in cowboy grear—horses and all that.   Beautiful saloon gals, mean cow-pokes, sweet settler women…bad guys, rattlesnakes and the like.

But what were they talking about?   Clint Eastwood the Octogenarian!    The tone of the announcer, Brooke Baldwin, my favorite…and whomever else was commenting in gushing-gutsy admiration about OLD Clint being 86 years old.      They kept marveling at how gutsy and “feisty”—I hate that word!—the old codger was!

Clint Eastwood as Curmudgeon?    I don’t think so.    I would never consider old Clint “cute”—and its a stretch to even think of old Clint as…well…old!

I wish these young’uns would get over the thing about us … ahem… long livers … being  cute old relics.   Let’s hope THEY all live to look back on the days of their youth from elder years with fond memories.

4 thoughts on “Clint Eastwood is HOW old?” 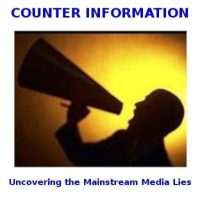 Writing about living in two places (and times)