Every election, and whenever the subject comes up in between elections, there is a big
“thing” about term limits.

“Throw ’em all out…ALL of them.”      This seems like a good idea…on the face of it…except that it would almost always be a disaster.     This point of view is often described as “clear the swamp.”      I like my clichés to have literal meaning, so when someone says that I picture a real swamp, with hanging moss, fragrant jungle flowers, glass-bottomed tour boats, and alligators sunning themselves in mis-leading innocence.    Yeah, this is all very picturesque.    The thing to “clear out” of the actual swamp/jungle, presumeably is the alligators, and other creatures that will eat you if they get a chance.   In the metaphorical  swamp, to which the plotters and pundits refer,… is of course Washington D.C.   The best allusions may be to the alligators, standing in for elected members of Congress.     (No aspersions cast on the alligators.)

Depending on the speaker, there is usually no consensus of exactly WHOM to throw out.     The “commenters” are not very specific either….they mostly just advocate getting rid of “ALL of them,” and starting over with an all-new brand-spanking lot of Congress people and their respective entourages.

“Don’t throw out MY Congresspeople though!”    Ah-ha, therein lies the rub…the Dems want their own representatives, and Republicans back theirs (most of the time…moreorless.)     That could be called the “Your Rep is a crook…Mine isn’t” theory of political adequacy.

Yes, I DO have an allegorical illustration for my point…which is that it is basically impossible to start over completely, from scratch, at a grass-roots level.     Once…back in the proverbial day…a would-be entrepreneur presented to our City Council a plan to open a new restaurant.    He said he intended to hire ALL NEW staff—new cooks, new waitresses/waiters, now known as “Servers.”      New hostesses, new managers, new bartender…even new dishwasher/busboys.     By “new” was meant workers who had NO experience in any of the positions.   They would be trained “to order” by the owner, in his own expectations for how to do their jobs.    In other words, no one would have even a clue of what they were supposed to do.    Needless to say, if the restaurant ever had materialized as planned it could have been named “The Fiasco Diner.”

That’s what would happen in Washington if there was a law that all new politicians had to be completely inexperienced.    Wow!     As if the atmosphere there is not already terrifying!     Actually the current experiment in Foggy Bottom threatens to loom menacingly as The PEOTUS seems to be introducing a concept of “let’s just see what happens!”     Maybe its a principle of “…keeping one’s friends close and enemies closer.”

Here’s a scary one: “let’s call up all our enemies and suggest we all play nice.”

5 thoughts on “the trouble with time limits” 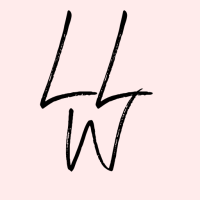 What's (in) the Picture?

iball round the world

A Snowbird's Life Through the Lens

Life on my own, on the Nature Coast of of Florida, and beyond...

Helping you get the response you deserve.